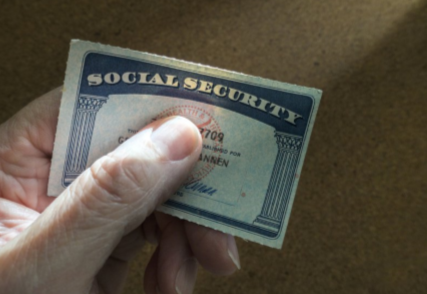 Will Social Security be around when I’m ready to retire?

Young and old are concerned that the safety net designed to keep people from abject poverty is running out of money and may be shut down.

They aren’t wrong to worry.

Fifty-seven percent of retirees rely on Social Security as their primary source of income, according to a 2018 Gallup poll.

I’m frequently asked by readers whether they should count on Social Security being around long enough for them to collect their benefits. “I will soon be 62 years old, and recently heard Social Security will run out of money in 2034,” one reader wrote. “I already know two women who opted to take Social Security early so they could reap some benefits before it ran out.”

The reserves for the Old-Age and Survivors Insurance Trust Fund (OASI), which pays retirement and survivor benefits, will be unable to pay full benefits in 2034, according to the 2019 trustee report for the Social Security and Medicare trust funds. Without a fix, OASI will have only enough continuing tax income to pay out 77 percent of scheduled payments.

The second Social Security program, the Disability Trust Fund, pays disability benefits, and it’s in slightly better shape. The fund will have enough money coming in to cover 91 percent of scheduled benefits when its reserves are depleted in 2052. That’s a substantial improvement over last year’s trustee report, which projected that disability reserves would be depleted by 2032.

The disability trust fund is healthier, in part, because of a decline in applications, which have been decreasing since 2010. The number of disabled worker beneficiaries receiving payments has also decreased since 2014, the trustees reported.

Here’s why we should be concerned: The total annual cost of both programs is projected to exceed total annual income in 2020, the first time since 1982. Absent any intervention, the combined trust-fund reserves are projected to run out in 2035, when there will only be enough income coming in to pay 80 percent of benefits.

Despite the projected shortfalls, there hasn’t been much movement by Congress to fix Social Security. Wait too long and the shock of a fix might include higher Social Security taxes and/or reduced benefits, which will certainly not go over well with the American public. It will be painful and ugly.

“Throughout the past decade, those seeking the presidency have focused their rhetoric more on what they wouldn’t do to repair Social Security’s finances than on what they would,” wrote Charles Blahous, senior research strategist at the Mercatus Center at George Mason University.

The problem is that any fix will probably anger taxpayers, which is why Congress has so little incentive to make changes to Social Security. But rather than fight the good fight now, politicians are kicking this very dented can down the road.

“The longer we wait to fix Social Security — can you imagine the dysfunctional doofuses in Our Nation’s Capital allowing the trust fund to go broke and have Social Security benefits sliced by more than 20 percent? — the greater the burden that will fall on younger people to help pay for older people,” wrote my colleague, Washington Post columnist Allan Sloan.

Not knowing what the future holds makes planning for retirement difficult. It’s possible future Social Security benefits will be cut. Or Congress might decide to raise the payroll tax that goes toward funding those programs. Right now, workers pay 6.2 percent, and their employers chip in another 6.2 percent.

A solution to the shortfall could include raising the full retirement age or a combination of repairs.

What you don’t want to do is make a decision of when to start claiming Social Security based on the fear it won’t be around. The longer you wait, the more you collect each month. If you claim early at 62, there’s a reduction of as much as 30 percent. Every year you delay beyond your full retirement age up to 70, you get an 8 percent increase in your benefit.

When you take your benefit depends on your circumstances. You may need to start at 62 if you cannot afford to wait.

I’m doing some retirement preplanning, and while I’m factoring in the likelihood of some changes to Social Security, I’m trusting that it will still be there in some form.

One thing is for sure: Repairing Social Security is necessary, so that’s all the more reason to start saving as much as you can for retirement. That’s your hedge against any reform.