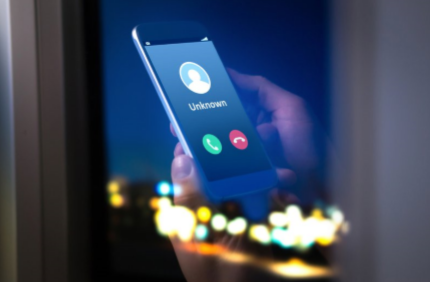 No, that’s not the government calling threatening to ‘suspend’ your Social Security number.

If you get a call threatening to “suspend” your Social Security number for alleged illegal activity or a unpaid tax bill just hang up. It’s a scam — every single time.

The IRS has issued a consumer alert recently about an uptick in a scheme in which crooks pretend to be calling from the Social Security Administration (SSA). In fact, a number of government agencies are concerned about what they call “impostor” scams. The goal in this con is either to scare people into revealing personal information or swindling them out of money. With your personal information, identity thieves can do a lot of financial harm. They can apply for credit in your name, open utility or mobile phone accounts or
even get medical treatment using your health insurance.

“Taxpayers should be on the lookout for a surge of evolving phishing emails and telephone scams, the IRS said in its July 2 warning.

In April, the Office of the Inspector General for the SSA issued a fraud advisory warning people about “spoofing” phone calls in which the caller-ID screen displays the agency’s toll-free fraud hotline. But it’s not the agency calling. In May, the OIG posted another advisory about scammer calls this time displaying the Social Security Advisory Board’s telephone number on the caller-ID.

To trick people to pick up the phone, crooks also spoof numbers with local area codes to hide their true location. It’s even possible that your neighbors will get a call with your number being used to make them answer.

The Federal Trade Commission said earlier this year for the first time, scams where con artists pretend to represent a government agency topped its list of consumer complaints.

Here are some variations of the Social Security scheme.

— You get a robocall stating that there’s been criminal activity linked to your Social Security number. You’re told that if you don’t immediately call the telephone number left on our voice mail your Social Security number will be “suspended.” To “reactive it you are instructed that you have to purchase gift cards as a form of payment. Then you are told to call back with the activation codes. Don’t do it!

— When you answer your phone, there’s an automated recording claiming that your Social Security number has been already been “suspended” or “blocked” because it has been linked to some “suspicious” activity. You may be threaten with an arrest warrant or that the police will be sent to your home. To clear up the matter and unblock your number the swindler says you have to pay a fee either by wiring money, using a gift card or loading cash on a prepaid debit card. Again, total baloney.

— In this version of the scheme, a person pretends to be from SSA and says you need to verify your Social Security number to clear some other bogus issue. This time the mission is to just get your information.

In a recent FTC blog post someone wondered how could anyone fall for what
appears to be an obvious scam.

“I find it hard to believe that people are not understanding that NO agency would tell you to get gift cards to pay an alleged amount due,” Joe from Florida wrote.

I understand why many people are falling prey to this scheme. They may be scared that their main source of income will be disrupted. And the criminals use this fear factor to their advantage.

Fifty-seven percent of retirees rely on Social Security as their primary source of income, according to a recent Gallup poll. If you’re frightened that your Social Security number could be suspended and as a result your monthly benefit check withheld, you may be so worried about your money that you panic and pay up or tell the caller whatever he or she wants to know.

It’s also possible because of the proliferation of data breaches that the fraudster has enough of the person’s personal information to persuade him or her that the call is coming from a real government employee.

I’ve been getting a lot of these impostor calls and increasingly on my smartphone. I’ve written quite a bit about impostor scams and talked to a number experts. So, I know the signs of a cons. Still the messages are pretty menacing. The callers are practiced crooks and can be very convincing.

Whether it’s a call, text or email, the FTC and the SSA debunk the falsehoods you’re hear in the Social Security impostor scams.

— No, your Social Security number cannot be suspended, revoked, frozen or blocked. It anyone tells you that, hang up immediately.

— No government agencies — not the IRS, SSA or Medicare — will ask you to wire money, send cash or buy gift cards as a form of payment. Never.

— No, SSA employees would never threaten to have you arrested or send the police to your home.

— No, you don’t have to verify your Social Security number to someone who makes an unsolicited call to you.

By the way, don’t be tempted to play along with the scheme to toy with the swindlers. Remember you are dealing with criminals. They don’t play.